Happy Monday everyone! How was your weekend? What'd you do? You know how sometimes if you just hang out at home all weekend it doesn't really feel like you really left work? I really like when I actually DO things and it truly feels like I had a weekend. I think summer makes it a lot easier to do that, now that I think about it!

On Friday, Dave & I had a bunch of friends over to "our" house. I am houesitting for his sister and he lives downstairs. It was super fun! We sat on the back deck, had some drinks, and just chatted and laughed all night. I love being able to sit outside and enjoy the night.

On Saturday, Dave, my brother and I went for breakfast at the Roadhouse, and as usual, it was ah-maze-ing. Best breakfast around. Later on, I went for thai for dinner and to the drive in movies. Mmmm I love a good green thai curry with basil in it. And, how fun is the drive in?! I remember going all the time in high school, when the drive in was on Fraser Highway in Langley, and now it's still on Fraser Highway; just waaaay out there in Abbotsford. It feels like such an adventure being there!! We watched the first movie in lawn chairs outside of the car cuddled up in blankets, but then it got too cold so we watched the second movie in the car. There were 3 movies playing in total, but the third one wasn't starting until almost 3 am!! Way past my bedtime. We saw The Heat and Wolverine. The Heat was so so so funny; but Wolverine was really not my style.

On Sunday, I did some errands, including washing my car, cleaning, laundry; you know, usual Sunday things! Then I baked some cookies. I haven't made cookies in ages!! Baking is soooo not up my alley. I can do it and I don't mind it, but I would MUCH rather cook.

And here we are; on to Monday! Anyone going to the fireworks this week?!

Posted by Shannon at 9:52 PM No comments:

Remember Buster & Benji? They are my furry friends for the next few weeks! They are super cute and cuddly. They sleep with me and it's kinda nice to have them to snuggle with. The only downfall is that they like to be DIRECTLY beside me in bed so I end up getting pushed to the very edge somehow...


In other news,  the Royal Baby is here AND he has a name!!(George, FYI) I feel like I barely need to blog about it since it's already all over everywhere and you all are probably sick of hearing about it. I feel like it was just yesterday that my invitation to their wedding got lost in the mail... 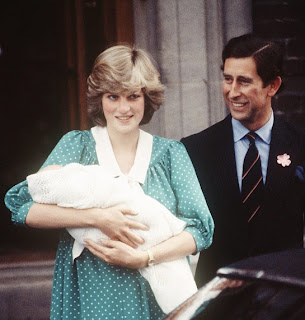 Happy Wednesday everyone! Hope this is where you all are at in life: 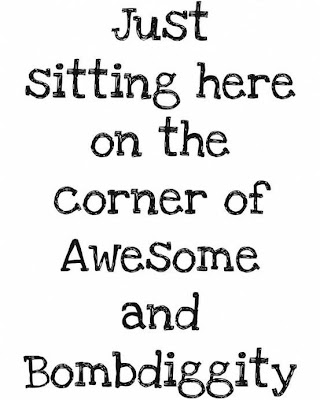 Posted by Shannon at 8:58 PM No comments:

My friend Nicole asked me to be her date to a wedding on Saturday and I ecstatically said yes! I mean, y'all know how I love weddings. It was two of her friends from a camp she used to work at, and the couple met at camp. Since I used to work at a camp, it was very nostalgic and brought me back to my good ol' camp days. It reminded me of Christy Dawns wedding since her & I met at camp many, many moons ago. Good times! I highly recommend working/volunteering at a summer camp for all those young teens out there. I know so many people who have had very positive experiences at summer camps.

The wedding was at the gorgeous Minter Gardens in Chiliwack. Both Nicole and I had never been there so we took a little walk through it all between the wedding and reception. It's stunning there! Even just the setting with our beautiful B.C. mountains in the background was lovely. We learned that Minter Gardens is actually closing after this season, which is sad since who knows what it will turn into. It was a really, really nice venue for a wedding. The ceremony was outdoors under a cute white tent and the reception was in a conservatory building, which was mostly glass. Nicole & I decided that it was a really great wedding venue since the scenery is so gorgeous that you barely even need to decorate!

Weddings just make me really happy. I mean, I don't know these people at all, but it excites me that they are happy and that it is the start of their happy life together.

We only stayed until right after dinner (convenient, I know!) since Nicole had to catch a ferry back to the coast that evening to be with her fur child. The dinner was a yummy buffet with a barbeque. There was some delicious teriyaki salmon and even corn on the cob! It was pretty fun.

It was about an hour and a bit drive to the ceremony, so definitely not a close location for people to travel to, but it was fun for Nicole and I to do some catching up en route. And once again, I always love a good car ride with nice scenery! (a la Sicamous last weekend) 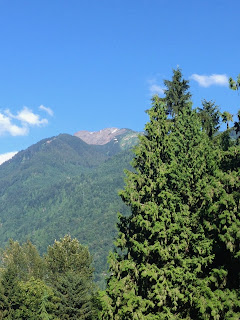 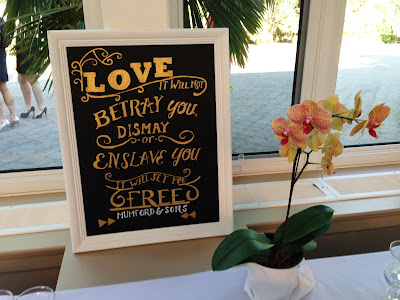 I know I don't even know these people, but congratulations to them!!

Speaking of weddings, Heidi's little baby brother is getting married in Australia this summer. By baby brother, I mean 26 years old, but that's still a baby brother in my opinion! Heidi is throwing a reception here for Grant & his bride at the Surrey Nature Center later this month which I am sure will be nothing less than fabulous due to her decor skills. I am excited for that too!

PS - check out my wedding Pinterest page...
Posted by Shannon at 9:12 PM No comments:

Our little weekend adventure turned out to be super duper fun! My sister went up to Sicamous on the Thursday as her softball team she coaches was in the provincials, so my dad, brother & I drove up on Friday after work to go watch them play. And hang out on the lake...

Google said the drive was about 4 hours and 40 minutes, so my dad was determined to beat that time. Unfortunately there was a bit of traffic in Langley/Abbotsford and then we stopped for dinner at White Spot, so we definitely didn't hit the Google goal, but we did make it in about 5 hours and 30 minutes.

Sicamous is quite the small town! I didn't realize how small it was, but it is right on Shuswap Lake so it's warm and scenic. We stayed at the Best Western there and it was a pretty new hotel and quite nice. Oh my gosh - the continental breakfast was SO good! It had cereal, tons of fresh fruit, bagels, muffins, eggs, toast and WAFFLES! The waffles basically had a machine with pre-made mix in it that you put into one of two waffle makers. They were quite tasty too! I was impressed.

I watched FIVE softball games this weekend. That's more softball than I've seen in my LIFE! Once I got into it, it was actually quite fun. My sister is quite the intense little coach! It's pretty entertaining watching her signal the batters from third. Pants & I got quite a kick out of that. We also went to the lake and swam. We didn't realize quite how cold the water would be...it was Cold with a capital C. But like the good little swimmers we are, we all went for a solid swim out to the dock.

Saturday night we had a "'team" barbeque, which Pants & I were honorary members of. My dad automatically has an in at pretty much any softball event since he is the president of the league, so Pants & I figured as long as we told people our last name, we were golden.

My sister's team made it into the FINAL game and ended up coming in second in the province which is pretty darn good if you ask me, especially for 12 year olds! We came home on Sunday afternoon and the drive only took 4 hours and 30 minutes. (not including the dinner stop!) We ate at Original Joe's in Kamloops and it was delish. I'd never been but Pants recommended it. The beauty of eating there is that you get to order TWO sides with your burger/wrap/sandwich! I was thrilled. There were so many options as sides too: veggies & dip, quinoa salad, potato salad, fries, yam fries, salad, poutine, broccoli and a few more. I had a falafel burger which was really, really good. It came with hummus and tsatsiki on it and I would specifically go back to that restaurant for that burger. It was THAT good. It's really nice to have veggie burger options that aren't the typical veggie burger, ya know?

Oh, and I had a phone malfunction on Saturday. My screen just all of a sudden stopped working. It was terrible. It was still making noises but not useable. Alas, Pants & I had to go meet up with a guy from craigslist on Sunday late at night who charged me $60 to fix it. Problem solved. Nothing a little money can't fix... 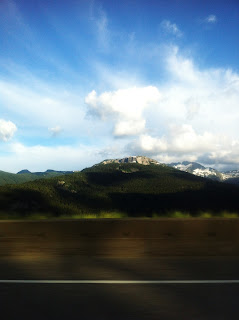 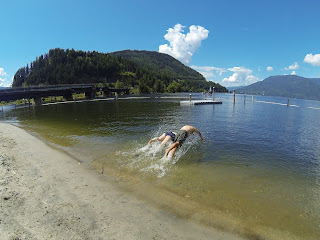 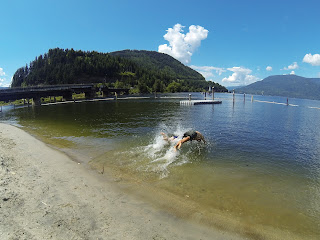 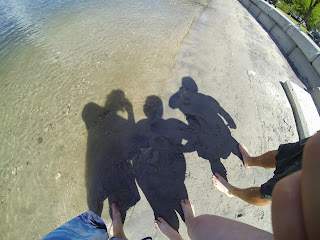 Posted by Shannon at 7:02 PM No comments:

I'm going on a little adventure tomorrow with my fam! It is not a big trip by any means, but I am excited for a little voyage up North. As I mentioned earlier this week, we are going to Sicamous because my sister coaches softball and is in the provincial tournament this weekend. I hope it is nice and hot up there!! Yay for lakes :)

I apologize for my lack of blogging these days. I really just haven't been up to anything too blog-worthy. I did a lot of organizing and cleaning this week. Have I ever mentioned how much I LOVE cleaning and organizing?! SO MUCH! I did a lot of laundry, cleaned out my underwear drawer, cleaned out my t-shirt/comfy pants drawer and got rid of some clothing, recycled all my DVD cases and put them all alphabetically in a much more compact case, did an 'inventory' of all the home items I have for when I move out, filed a bunch of random lose bills & important items, vacuumed my room top to bottom, and organized a bunch of crap in my car trunk. I have quite a few things for when I move out which is exciting! It is currently taking up several random closets in my parents house...now just to move out eventually would be the next step...

Happy weekend everyone! What are YOUR adventures this weekend?? Do share!!

Yesterday, I had an appointment at the bank to discuss investing some money. I've never really invested money before, so it was exciting to learn about that. I enjoy the feeling of being in control of my monies! I must admit, I have never been much of a financial connoisseur, but definitely feel more vested in being financial savvy when I know what is happening.

Also yesterday, my momma, sister & I went to watch Pants play baseball. Apparently it's slowpitch though, not baseball. Your guess is as good as mine as to what the difference is...

It was a nice way to spend the afternoon yesterday in the sun! Next weekend, my dad, Pants & I are thinking about going up to Sicamous to see little sister's softball team she coaches play in the provincials. It would also conveniently be right by a gorgeous lake when it is super hot out...